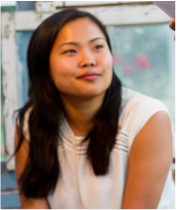 About the Author
Sarah Matsui holds a B.A. in Urban Studies and an M.S.Ed. in Secondary Math Education from the University of Pennsylvania. She taught middle school math and is an alumnus of the 2011 Teach For America Greater Philadelphia Cohort. During her corps commitment, she observed a significant, often unnamed gap between the designated narratives of TFA and the actual experiences of her fellow corps members (CMs). Additionally, there was little structured space in TFA for CMs to ask questions constructively or discuss their complex lived realities. Matsui began interviewing CMs to explore both why CMs struggled and why it was so difficult for them to name their realities. She has openly shared her findings with TFA staff since 2013, but has intentionally remained an independent scholar to maintain control over her study’s findings. Because TFA is such a powerful institution with an increasingly significant influence on the public perception of education and education reform, she believes discussion of TFA’s identity and positionality in this work should also be public.
Connect
Some Favorite Blogs & Sites
the becoming radical
radical discipleship
amber k.  kim
tressiemc
natejlee
npr's code switch
washington post's the answer sheet
jacobin